September 12, 2016 From rOpenSci (https://ropensci.org/blog/2016/09/12/hunspell-release-20/). Except where otherwise noted, content on this site is licensed under the CC-BY license.

A new version of the ropensci hunspell package has been released to CRAN. Hunspell is the spell checker library used by LibreOffice, OpenOffice, Mozilla Firefox, Google Chrome, Mac OS-X, InDesign, Opera, RStudio and many others. It provides a system for tokenizing, stemming and spelling in almost any language or alphabet. The R package exposes both the high-level spell-checker as well as low-level stemmers and tokenizers which analyze or extract individual words from various formats (text, html, xml, latex).

This new version now includes a beautiful vignette which gives an overview of the main functionality to get you started! It demonstrates the tokenizer, stemmer and spell-checker and has an example how to use the stemmer and tokenizer to create a word cloud from a large body of text. 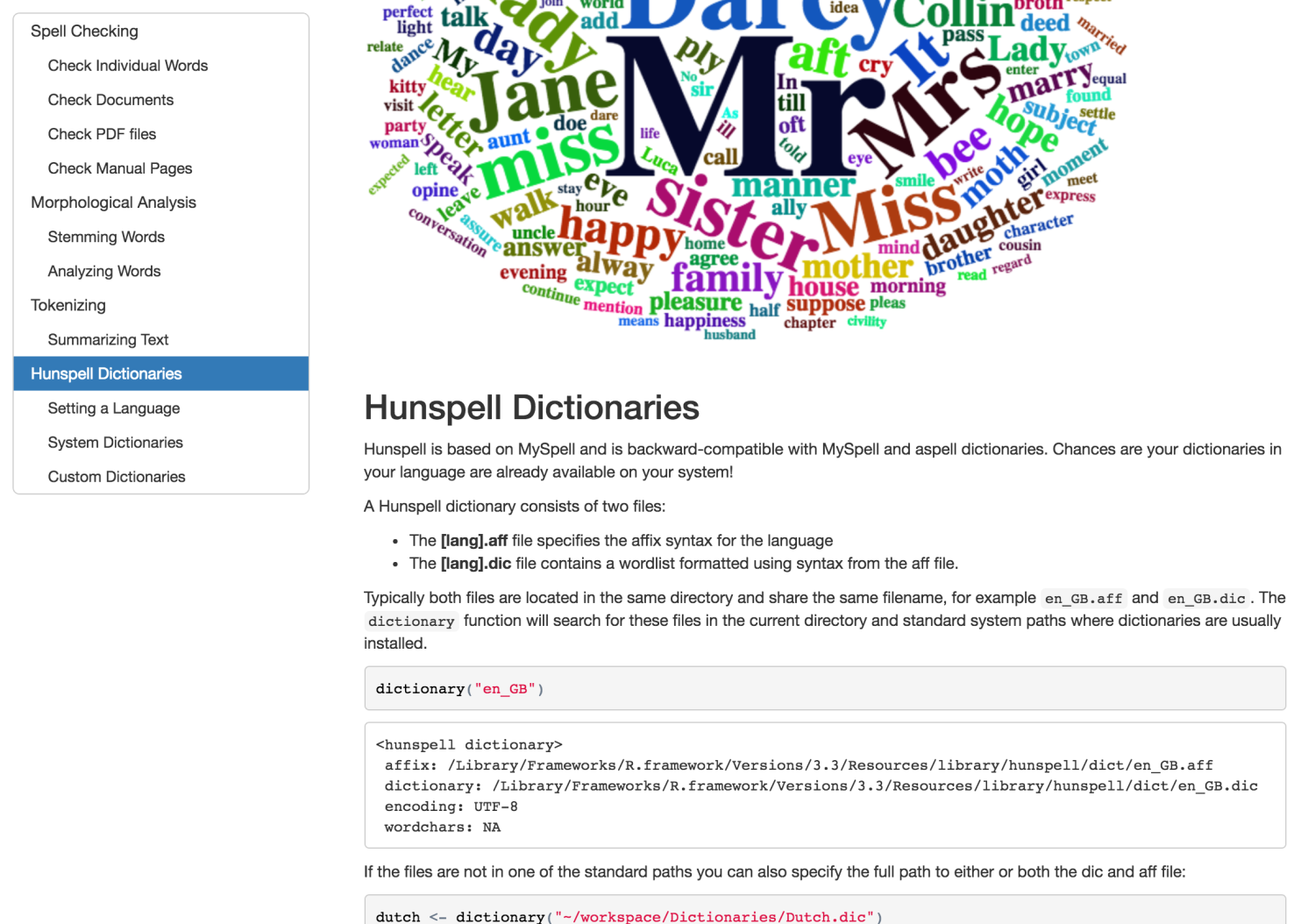 The package is most easily installed from CRAN:

Or to get the latest version from Github:

This package does not require any system dependencies (libhunspell is now bundled with the package).

A digest of R package and software review news, use cases, blog posts, and events, curated every two weeks. Subscribe to get it in your inbox, or check the archive.