July 17, 2018 From rOpenSci (https://ropensci.org/blog/2018/07/17/pkginspector/). Except where otherwise noted, content on this site is licensed under the CC-BY license.

By Sam Albers, Leonardo Collado-Torres, Mauro Lepore, Joyce Robbins, Noam Ross, Omayma Said
This post describes a project from rOpenSci unconf18. In the spirit of exploration and experimentation at our unconferences, projects are not necessarily finished products or in scope for rOpenSci packages.

R packages are widely used in science, yet the code behind them often does not come under scrutiny. To address this lack, rOpenSci has been a pioneer in developing a peer review process for R packages. The goal of pkginspector is to help that process by providing a means to better understand the internal structure of R packages. It offers tools to analyze and visualize the relationship among functions within a package, and to report whether or not functions' interfaces are consistent. If you are reviewing an R package (maybe your own!), pkginspector is for you.

We began building pkginspector during unconf18, with support from rOpenSci and guidance from Noam Ross. The package focuses on facilitating a few of the many tasks involved in reviewing a package; it is one of a collection of packages, including pkgreviewr (rOpenSci) and goodpractice, among others, that are devoted to this project. (The division of labor among these packages is under discussion). If you’re not familiar with rOpenSci’s package review process, “How rOpenSci uses Code Review to Promote Reproducible Science” provides context.

rev_fn_summary() helps you analyze function calls. It takes a package path and returns a table of information about its functions. Consider this example included in pkginspector:

The example shows that the number of functions called by cividis(), inferno(), magma() and plasma() is 1, 1, 1 and 1, and that these functions are called by 0, 0, 0 and 0 functions. viridis(), in contrast, calls 0 functions but is called by 4 functions. In this case, the number of dependents is 4. Dependents are counted recursively and include any functions in the calling chain. For example, if A calls B and B calls C, we would say that C is called by 1 (B) but has 2 dependents (A & B). rev_fn_summary() also provides information about function parameters in the f_args column.

What’s not working: We know that we miss function calls if they are passed as parameters to purrr::map() and do.call() functions. There may be other systematic misses as well. 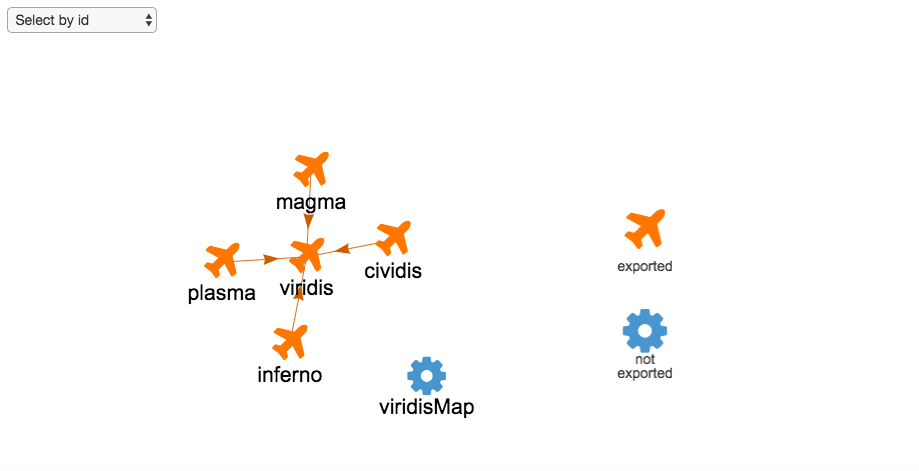 rev_args() identifies all the functions' arguments used in a given package. It returns a dataframe whose main column, default_consistent, indicates whether or not the default value of the argument is consistent across the functions that use it. This helps to evaluate the complexity of the package and to identify potential sources of confusion, for example, if the meaning or default value of the same argument varies across functions.

The example shows that the parameter n is used inconsistently. A look at the viridisLite code reveals that the default value of n is 256 in one function but missing in all others. This flags a potential issue that deserves further investigation. In this case, the odd function out - viridisMap() - has a clear use case that is different from the others.

If you are building or reviewing an R package, pkginspector can help you better understand its complex structure. This is an important step towards improving your code and research. While pkginspector will expand in scope, the features built during and since unconf18 are already useful. For example, if you’ve tried sketching out the relationship among functions in a package with pencil and paper, you will appreciate the ability to call vis_package() to create a network diagram.

Our broader vision for pkginspector is a tool that guides both the development and review of R packages and provides automated checks on subtle differences in package functions that inevitably arise during the development process. The package will (hopefully) grow and exist as a living toolbox for development and review. If you have ideas for tools that could be added to pkginspector to facilitate the process of reviewing a package, we encourage you to open an issue.